I probably haven’t booted the system to play anything in about six years. After I graduated from undergrad, I became too busy with other things like work, my dog, and my home, and it had been too difficult to set aside the time to start a new game. But when I saw the announcement for Super Mario Odyssey, I was intrigued with its potential to be a spiritual successor to Super Mario 64. I then remembered I never played Super Mario Galaxy for Wii.

Galaxy garnered amazing reviews and many believe it to be the best game on the system. I went looking for a copy and realized not much has happened in the world of the Wii since 2013. In fact, nothing at all. The firmware on the system hasn’t been updated and the homebrew tools and community forums were largely abandoned about four years ago. Nintendo has even shut down all the services to the system. Wait, really? Is the system already that dated? END_OF_DOCUMENT_TOKEN_TO_BE_REPLACED

by Mike Roselli |
Comments Off on Long Live the Wii |
Gaming

As table top gaming is a hobby of mine, I’m always on the lookout for a new game to test out. I’ve played a few new table top games lately and I figured I would share my thoughts and do some reviews. Here’s the round up: Cards Against Humanity, Ticket to Ride, Glass Road.

END_OF_DOCUMENT_TOKEN_TO_BE_REPLACED 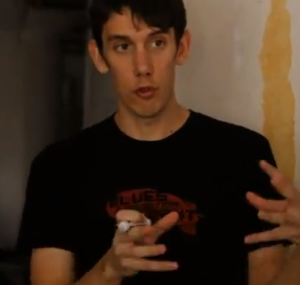 I had the fantastic opportunity to visit Blue Marble Game Company when I was in Los Angeles two weeks ago visiting my friend Joe. Joe works as a game designer at Blue Marble, where he uses technologies like Microsoft Surface and Kinect to create rehabilitation games for people with disabilities or therapists who work with people with disabilities. Today, Microsoft posted a video of their visit and it’s exciting to see Joe in the video along with all his coworkers I met when I was there. Way to go and keep it up!