As table top gaming is a hobby of mine, I’m always on the lookout for a new game to test out. I’ve played a few new table top games lately and I figured I would share my thoughts and do some reviews. Here’s the round up: Cards Against Humanity, Ticket to Ride, Glass Road.

So these ratings are on a 1-5 scale. No real method to the madness in rating these, and no real criteria, but here is somewhat of a scale to go by. 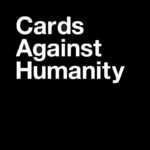 I was in Colorado last summer the first time I played Cards Against Humanity, and liked it enough to get my own copy. Not long after, Kim got a few expansion packs for it. The mechanic here is simple, it’s a card game where people take turns judging everyone’s anonymous white-card response to a black-card prompt. Every time someone’s response is chosen, they get a point. If you’ve ever played Apples to Apples, it’s the exact same mechanic. Of course, as the name suggests, it’s not exactly as politically correct or appropriate for all ages as the former. This is a great game to play at a party full of people you know to be as sick and twisted as yourself. Not the game to bring to play with people you’ve never met. It’s funny. Really funny. Pick a number of points to play to, but it won’t matter, you’ll be playing until it’s time to leave.

Once you’ve played it a few times with the same people, the hard laughs are fewer and further between. The saving grace here is that the card combinations are random every time you play and they’re very well written. When the jokes finally run out, expansion packs are a great value way to freshen up the game. With just a few replayability concerns, lets put it at 3.5/5 Stars. 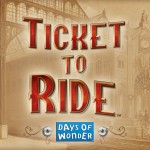 While I was familiar with the game from watching others play, I hadn’t actually played the board game until two weeks ago. If you like trains like I do, Ticket to Ride is a treat. Very simple game. Draw cards and buy train routes to connect the cities you’ve been dealt to connect. The strategy comes from deciding which routes are worth your while, cutting off opponents, and choosing when to start buying. Start putting down the cars too soon, and you reveal general locations you need to your opponents; wait too long, and the routes are scooped up.

Looks like it can be had for about $50. My friend Will brought it over with the Asian expansion, giving us three different maps to choose from. At $35 for the expansion it’s a little steep, but a good value considering how much it changes the character of the game. Very inventive and interesting though it doesn’t require a lot of thinking or strategy. Of course, I didn’t play very well either. There’s definitely a tendency for all players to concentrate on their routes and worry they won’t get them, making player interaction a challenge. The expansion had a few new tricks, but they were still single-player tricks. If you don’t want to think to hard, and you don’t want to talk to anyone for about an hour, grab a copy. No real hurry to personally play it again, I’ll give it 2.5/5.

Standard euro-game fare, but without the wooden pieces. Instead, Glass Road equips you with quality cardboard cutouts, too bad there are 16 sheets of them. It’s a good thing someone in packaging did you a solid by including a ton of ziplock bags, you’ll need ’em. Looking at $50 here as well, which seems to be standard for it’s class now.

The theme is interesting, but much of the game was a stretch to stay in the theme of making glass. If you’ve played and enjoyed Puerto Rico, you’ll be right at home here. Collect resources, chose buildings that help your strategy, and keep manufacturing as much as you can. Many great concepts here, and the production wheels are neat, but man are there a lot of rules. Take my advice since I know first hand: do NOT take this out to play with a bunch of people without knowing how to play it first. After two hours of frustration, you’ll have a solid understanding of the game, just in time for everyone to go to sleep.

Behind it’s complexity, and with enough patience, I think I can see a solid game here. There are a lot of strategies to look for with card selection and resource management if you’re willing to put in the time. I want to play it again, but I cringe at the thought of trying to explain the rules to anyone else. I’ll do 3/5.

I had fun writing this and look forward to reviewing other games. If you have a game you’d like me to play and review, drop me a line in the comments. I’ve also put together a list of games I own and rated a few of them here.