You are here: Home » Engineering » The Lateral Forces of Earthquakes

The Lateral Forces of Earthquakes

So it seems there were a few damages from the Virginia earthquake earlier this week. The biggest damages on the news? The National Cathedral and the Washington Monument. The Washington Monument suffered some cracking at the very top and has since been closed indefinitely to the public until damages can be assessed. As for the National Cathedral, gargoyles, spires, buttresses, and walls cracked, shifted, or fell and shattered. Other homes and businesses near the epicenter were damaged as well.

While damages under 6.0 earthquakes are rare, they do indeed occur, especially in a region less known and under-designed for quakes. In fact, the area falls in a zone of very small seismic risk (see the 2012 International Building Code Map, courtesy of USGS), which is a big part of the problem. Another part of the problem is the age of these structures. Newer buildings and building methods are much safer than they used to be in this regard, but many older buildings will suffer problems, especially since there is little desire to improve them and little funding to do so. 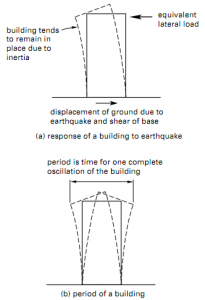 Figure 1: Building Motion During an Earthquake (1). Click to Enlarge

Supposing we could create a building that was perfectly stiff, it would match the acceleration of the ground perfectly and it would not oscillate and not experience force. This, unfortunately, is an impossibility for any material, and the slightest deformation would cause large forces due to short natural periods. So contrary to instinct, we do not want to make the stiffest buildings possible, what we want are flexible, long natural periods in our buildings. We need them to sway.

Steel buildings have certainly come a long way, but a large part of the problem with older buildings is their dependence on stone, under-reinforced concrete, unreinforced masonry, and designs incapable of holding even the most moderate earthquake and wind loads. Many of these buildings were built at the turn of the 20th century and are still being used today.

Stone and concrete hold well under compression, but not under tension. Without an element of tension, these older stone buildings simply crumble. Newer concrete structures today are reinforced with steel, doing wonders for flexibility. When allowed to, the steel in reinforced concrete catches tension loads and transfers them. Steel is ductile, and the greater the ductility of a building, the better forces can be absorbed. When designed correctly, even after structural failure, warning signs in reinforced concrete structures are easily apparent, often allowing people to clear from the site before catastrophic failure. After all, people are more important than the buildings.

While working on a graduate research project during my time at the Constructed Facilities Lab at NC State, I worked on a thesis by Pablo Robalino (2). We tested lightweight concrete columns for seismic lateral forces to see flexural and shear deformation. Notice in Figure 2 how the flexural damage occurs on the side of the lateral force, while the shear damage occurs throughout the column towards the ground. The combination of these effects must be considered when designing columns for the lateral loads associated with earthquakes.

Figure 3 is a chunk of a column we tested. Notice the lines drawn with permanent marker. These lines follow cracks in the concrete caused by forces on the column. As we tracked their progression, they naturally followed similar trajectories as those depicted in Figure 2.

These aren’t difficult concepts to understand, but even with the best methods of absorbing forces, costs often limit the investment we can place in a structure to prepare for the worst. While we can’t feasibly prepare for earthquakes of every magnitude, we can use physics, properties of materials, and our growing understanding of these natural disasters to build structures capable of sustaining many of the forces that seem beyond our control.